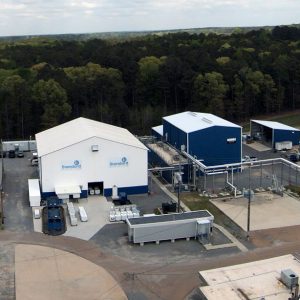 The Canadian-based technology and lithium development company anticipates the issue of the formal registration of the “Process for Recovering Lithium from Brines” patents (serial no.16/410,523 and serial no. 16/224/463) in the coming months.

To the company’s knowledge, the project location at Lanxess’ South Plant in El Dorado is the only location in North America where lithium is continuously being extracted from brine using a modern DLE process and being converted into both lithium carbonate and lithium hydroxide.