Canadian miner Teck Resources has announced it is partnering with MEDATech on the pilot of a fully electric on-highway transport truck – marking the first use of a battery-electric truck to haul copper concentrate worldwide.

The pilot is set to begin this summer and is projected to eliminate 418 tonnes of CO2 annually for the first pilot vehicle, while also reducing costs through fuel savings and reduced maintenance. The MEDATech ALTDRIVE-powered Western Star truck will travel between Teck’s Highland Valley Copper operations in south-central British Columbia and a rail loading facility in Ashcroft, B.C.

“Since the truck batteries will charge on the downhill haul through regenerative braking, the rig will require only a short battery recharge at the Ashcroft, B.C. rail terminal so the haul cycle time is expected to be the same as a conventional truck,” explained MEDATech President Robert Rennie. The battery-electric drive system is expected to work more efficiently than a comparable diesel engine, noted Teck, outputting a constant 620 kW (approximately 830 hp) and is configured to continuously output almost double the amount of torque. 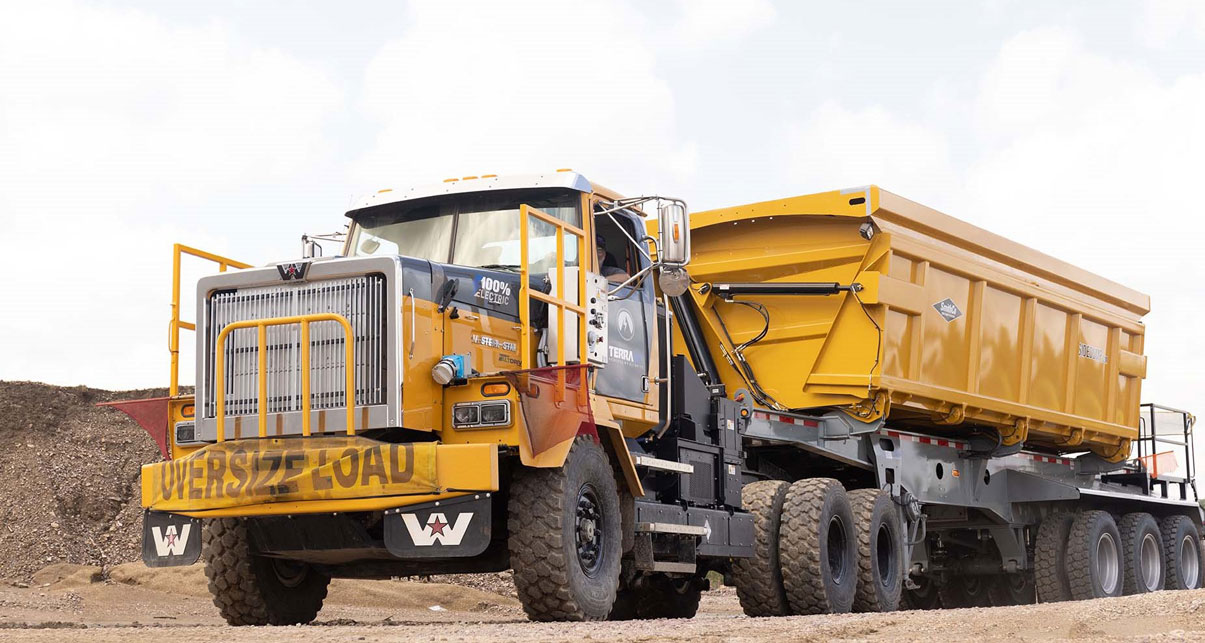 Teck said the pilot will help advance its goal of displacing the equivalent of 1,000 internal combustion vehicles by 2025. It will also provide valuable learnings for the electrification of Teck’s vehicle fleet on the path to achieving the company’s goal of reducing the carbon intensity of its operations by 33% by 2030 and becoming a carbon-neutral operator by 2050.

The miner recently announced an agreement with Caterpillar to work toward deploying 30 of the OEM’s zero-emissions large haul trucks at its steelmaking coal operations in the Elk Valley.