With a growing demand for critical minerals, the mining industry is looking for possible solutions that can access additional sources notwithstanding a limited workforce.

The “metals of the future” are deeply reliant on a robust mining sector. Everything from space travel and transportation to electronics and power storage, even communications and medical applications rely on critical mineral such as aluminum, platinum and lithium as well as gold, silver and copper. However, there is a major roadblock ahead: a lack of talent needed to drive the industry forward.

“We’re tapped out at this moment in time,” said Redefining Electrical Metals Conference executive director William Sattlegger, P. Geo., who has more than 35 years in the resource industry.

Unfortunately, he said the problem is getting worse, and he sees a limited effort being made by the industry as a whole to improve the brain drain. In his opinion, it starts at the academic level where there are simply not enough college students seeking a career in the mineral sector.

This comes on the heels of a report by the U.S. Bureau of Labor and Statistics stating the industry will need to increase its workforce by at least 4% over the next decade.

There are far-reaching implications if the dearth of talent persists. In 2018, the U.S. government began compiling a list of minerals that were considered critical for economic and national security. The list included 35 minerals such as lithium, platinum group metals and aluminum.

Both the Biden and Trump administrations have pushed to increase domestic mining of these minerals, but that becomes much more difficult if people are not entering the industry at a sustainable rate.

“It is ironic that you have all these highly talented young people going into the tech industry, aerospace, electric vehicles, but without these critical metals, they won’t be able to produce that technology,” added Sattlegger. “You can’t build what you don’t have.”

Gold, silver and copper were left off the list of critical minerals, but these are also essential for future technologies as well as the transition to renewables and environmental sustainability.

Mining for options
There are a number of solutions that the industry could focus on to help align itself with the imminent shortfall in talent. As an example, instead of committing large investments into the exploration of new properties, the mining industry needs to shift to extracting the resources that were previously left behind in known deposits because at the time they were simply not economical.

“Historically, when miners found something, they would only be able to pull about 60% of the precious metal out of the ground,” explained Sattlegger. “Thankfully, with today’s technology, we should be getting 90% recovery or more utilizing extraction processes which are less detrimental to the environment.”

By focusing on underdeveloped properties, companies can also dramatically reduce the time it takes to get from the exploration phase to production.

“We are seeing this business model work more and more and it is easier to finance and becomes more attractive for investors,” said Sattlegger.

However, he believes that junior mining operations are better positioned to take advantage of these opportunities. 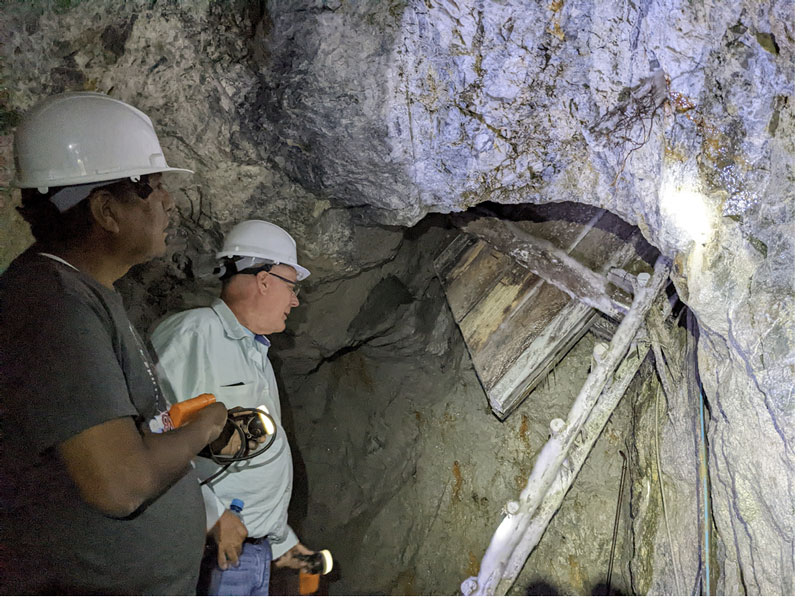 A better mousetrap
Some junior mining companies have the flexibility to be nimble, acquire multiple properties, and at the same time take advantage of latest and greatest technologies. While it is always important to work with great contractors, these operations don’t necessarily need a massive workforce under their wing.

While mining traditionally depends on tested-and-true methodologies and technologies, Element79, as an example, is not against breaking the mold when it comes to the utilization of bleeding-edge technologies. This could include the use of AI systems to analyze geological and geophysical data from existing drillholes and regional analogs.

Additionally, the companies can look to incorporate everything from satellite-based geophysics to high-resolution imaging of in-ground resources. Both AI and satellite geophysical technologies utilize supercomputers to crunch and render data for improved results when setting new targets for future drill plans.

Old technologies often require a dozen or more workers onsite to operate, and a major benefit of new tech is that in some cases you can get equal, if not far better, results with fewer humans. So, if people are becoming scarce in this industry across North America, then that is a good thing.

Technological advances can also improve the recovery of resources on the backend as well. What was previously uneconomical for miners in the past can become profitable to more innovative miners today, with smaller teams, harnessing newer technology and equipment.

There are even a few private groups that started investing and producing cash flow from previously producing mines, tailings and waste rock instead of the traditional model of exploring greenfield properties for a discovery.

They follow the ethos that the best place to find gold is where the last team was already digging, but ran out of gas, or it could be that they were on the wrong side of financing when the cycle shifted on them.

Greater returns
While advances in new technologies and improved operations may signify a brighter outcome for the industry, that alone may not fully offset what is expected to be an unquenchable demand.

Global populations will continue to grow and developing economies will evolve. This will bring more currency chasing scarce resources. So, there will always be more demand for the resources that the global mining industry produces.

However, as demand grows the cost and value of the resource will also increase, the cost of implementation will decrease through better technology, thereby increasing mining yields and improving the ability to meet global demand.

This will deliver increased revenues and investment yields that will make the mining industry a very attractive sector.

James Tworek is CEO of junior miner Element79 Gold. The company’s business model has been to acquire and develop properties using state-of-the-art technology to enable assets to become cashflow-positive operations in under two years.