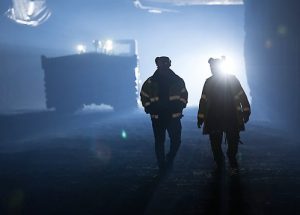 Epiroc recently announced the launch of a collision avoidance system (CAS) interface that it said can support underground mining safety.

It said that proximity detection system (PDS) suppliers compliant with ISO 21815-2 Draft (March 2018) can interface with an Epiroc RCS Materials Handling TMM (Trackless Mobile Machinery) to enable functionality for slowing and stopping when the PDS perceives a hazardous or unwanted event.

“The interface allows for third-party systems to communicate with Epiroc’s Rig Control System, RCS in a completely new way,” Epiroc officials said. “This enables a third-party PDS added to the vehicle, when needed, takes interventional control of the machine to prevent accidents.”

The CAS, when paired with a PDS, can detect objects in a collision risk area, evaluate collision risk levels and take interventional actions to avoid potential collisions. It works in tandem with person-worn tags or sensors.

The CAS interface is now released and can be ordered for the complete Epiroc RCS Loader fleet as well as for Minetruck MT42, and soon thereafter for the Minetruck MT65.

Epiroc are part of the ISO standard working group, and is also participating in the International Council for Mining and Metals (ICMM) initiative for Vehicle Interaction. Epiroc will change the interface from supporting ISO 21815-2 (draft March 2018) to further supporting the final version of ISO 21815-2 within in a year after ISO 21815-2 is released.