By Willa B. Perlmutter

In general, the mining industry is pretty well versed in the Mine Act. Mine operators know that under the authority of the Act, the Mine Safety and Health Administration (MSHA) adopts mandatory safety and health standards they have to follow. They know that because the Act requires it, MSHA inspects surface mines twice per year, underground mines four times. Mining companies know (perhaps all too well) that MSHA issues citations and orders, and that the Act says what those citations and orders could look like. The Act says that penalties must be assessed against operators, and sometimes against individual agents of operators, for violations.

But the meaning of some of the provisions of the Mine Act are a little less clear, both to MSHA and to mine operators. Section 103(a) of the Act says that “in carrying out the requirements of this subsection, no advance notice of an inspection shall be provided to any person.” What does that mean, exactly? What would be the kind of “advance notice” that would violate the Act? And to whom does the prohibition apply?

Those questions are at the heart of a case that is currently pending before the U.S. Court of Appeals for the Sixth Circuit in Cincinnati. The case highlights some interesting issues, not only about the Mine Act and its interpretation, but also about competing philosophies of mine safety and enforcement.

Here’s what happened. One night in April 2012, about two hours after evening shift started, six or seven MSHA inspectors showed up at KenAmerican Resource’s Paradise #9 mine in Kentucky to conduct a so-called “blitz” inspection in response to a hazard complaint. Four of the inspectors went to one portal and two went to another. One inspector monitored the mine’s pager system. The mine’s dispatcher had to arrange to get rides and escorts for the inspectors, which meant calling mine personnel to come from the underground to the surface. The inspector testified that he heard someone ask, “Do we have any company outside?” and that the dispatcher answered, “Yeah, I think there is.” At that point, the inspector issued a citation to KenAmerican, alleging the company had violated the Mine Act’s prohibition on giving advance notice.

The company contested the citation, and the case had a long and tortuous history, leading to the proceedings now before the Sixth Circuit. The first administrative law judge to hear the case summarily found in the company’s favor and vacated the citation. MSHA appealed, and the Commission overturned the judge’s decision and sent it back to him for further proceedings.

After an evidentiary hearing, the judge again found in favor of KenAmerican and he vacated the citation for a second time. MSHA appealed again, and once more the Commission ruled in favor of the agency. By the time the case went back, however, the first administrative law judge had passed away and the case was reassigned to a different judge for a penalty determination. KenAmerican tried to appeal her decision to the Commission, which decided not to hear the case. The company then turned to the Sixth Circuit.

KenAmerican’s primary argument is that, since the Mine Act says that advance notice is forbidden “in carrying out the requirements of this subsection,” the prohibition must only apply to MSHA and its inspectors because, after all, only inspectors “carry out the requirements” of the Act. The company is also arguing that to be unlawful advance notice, the communication has to talk specifically about an MSHA inspection, and a general statement that MSHA is on site is not enough to support a finding of violation.

Finally, the company argued the way MSHA is enforcing the provision amounts to an unconstitutional infringement on its First Amendment right of free speech.

MSHA says no, the “plain meaning” of the Mine Act’s advance notice provision shows that it applies to mine operators. The agency’s argument is steeped in general principles of statutory interpretation. Also, according to MSHA, the agency’s long-standing interpretation of the provision is necessary for effective enforcement, and limiting the provision’s application only to communications that identify the details of an impending inspection would not make sense.

Finally, MSHA discounted KenAmerican’s First Amendment argument, saying that since the Mine Act provision regulates an operator’s conduct (“providing” advance notice) it is not an impermissible restriction on free speech.

It’s definitely an interesting case. But as noted, possibly the most interesting thing about the case is what it says about MSHA and its views of the mining industry and mine safety enforcement.

Again and again throughout its brief, MSHA represents to the court the advance notice provision has to apply to operators, because otherwise those operators will find a way to delay an inspection until they have had a chance to “hide or fix hazards and violations before MSHA finds them.”

To support that pretty audacious statement, MSHA points to some of the most notorious findings of advance notice in the last decade or so, and it quotes the citing inspector’s anecdotal testimony about the ways mine operators have gotten around the prohibition.

Let’s think about this for a second, though. First of all, MSHA has flatly admitted that it is worried about operators having a chance to hide or fix hazards before MSHA finds them. In other words, MSHA would rather catch an operator in a violation than have that operator address an existing hazard. To the extent that the goal of the Mine Act, and MSHA, is to ensure miner safety, MSHA’s position on advance notice would seem to be the exact opposite.

What’s more, MSHA’s assumption that mine operators regularly take affirmative, devious steps to alert personnel to an inspection suggests a fundamental mistrust of the mining industry and a refusal to accept that mine operators are doing their best, in good faith, to remain in compliance.

The case is now teed up for argument and a decision from the Sixth Circuit. The court’s ruling will have a significant impact on Mine Act enforcement, now and for the foreseeable future. It will shape MSHA policy and the Commission’s jurisprudence around the advance notice provision. Let’s hope, though, that whatever the Sixth Circuit ends up doing, it also helps bring the parties to a better understanding of how they can put aside suspicions and assumptions and best work together toward what should be – really, what is – the goal of mine safety. 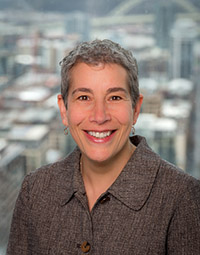 Law columnist Willa Perlmutter is chair of Stoel Rives’ OSHA group and co-chair of the firm’s mining group, with more than 30 years of experience as a litigator, focusing for the last 20 on defending mine operators across all sectors of the industry in administrative enforcement proceedings brought by the Mine Safety and Health Administration. [email protected]