Peabody said May 3 it will have a new president and chief executive officer starting June 1, mining and utilities veteran James Grech. 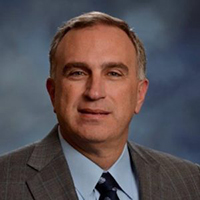 Grech, selected after an extensive search by the producer, has more than three decades in coal and natural resources. His most recent experience was as CEO of U.S. thermal coal producer Wolverine Fuels.

Prior to Wolverine, he served as president of Nexus Gas Transmission as well as the chief commercial officer and executive vice president of CONSOL Energy.

Grech holds a Bachelor of Science in electrical engineering from Lawrence Technological University and an MBA from the University of Michigan.

Glenn Kellow, the company’s current president and chief executive officer, will step down from his position upon the effective date of Grech’s appointment.

“Jim’s extensive operational, commercial and financial experience in mining, utilities and other fuel sources will be instrumental to Peabody’s success moving forward,” said Bob Malone, chairman of the board.

Added Grech: “I’m impressed by the significant strides the company has made during a difficult period and am excited to further improve the competitiveness of Peabody.”