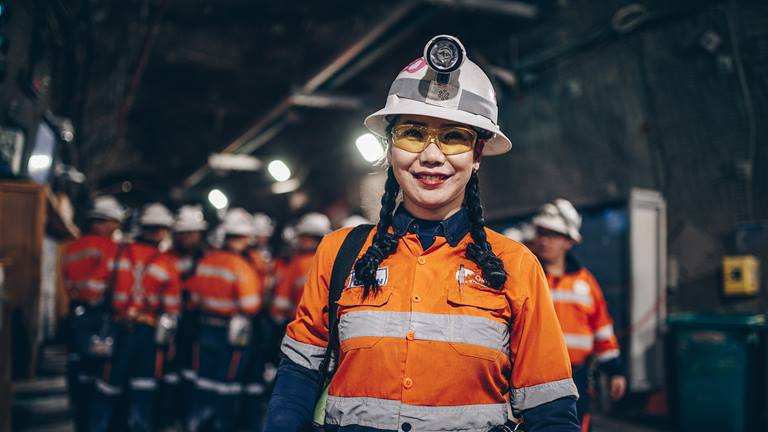 Rio Tinto has announced a major growth plan for its Kennecott copper complex outside of Salt Lake City, Utah – an expansion to mining that will also take its efforts underground, which it said holds “potential for significant and attractive underground development.”

The miner has earmarked US$55 million for the landmark transition project on the century-old mine and said it will initially focus on an area known as the Lower Commercial Skarn (LCS), which will give it a total if 30,000 tons of additional high-quality mined copper through 2027 alongside open-cut operations.

First ore from the underground workings is expected in early 2023, with full production in the second half of next year. It will be processed through the existing facilities at Kennecott, one of only two operating copper smelters in the United States.

The technological outlook for Kennecott is just as bright; underground battery electric vehicles are currently being trialed at Kennecott to improve employee health and safety, increase productivity and reduce carbon emissions from future underground mining fleets. A battery electric haul truck and loader supplied by Sandvik Mining and Rock Solutions are being used to evaluate performance and suitability as part of underground development work.

Rio Tinto Copper chief executive Bold Baatar said of that plan: “Trialing underground battery electric vehicles is an exciting step in our work to create a safer workplace for our employees, increase the productivity of the mine and reduce emissions from our operations. We look forward to seeing their potential for deployment.”

Existing underground infrastructure is currently being extended to enable early access to the next underground resource and undertake characterisation studies. A feasibility study to inform decisions on forthcoming underground production should be complete next year as feasibility studies are also being progressed to extend open-pit mining at Kennecott beyond 2032.