Canada’s Capstone Mining and Chilean miner Mantos Copper, which confirmed last December its plans to merge and create a new Americas-focused company, have completed the transaction and have officially unveiled Capstone Copper to the market.

All regulatory approvals have been received and all closing conditions have been satisfied, the two said, with the new Capstone Copper headquarters in Vancouver, British Columbia. 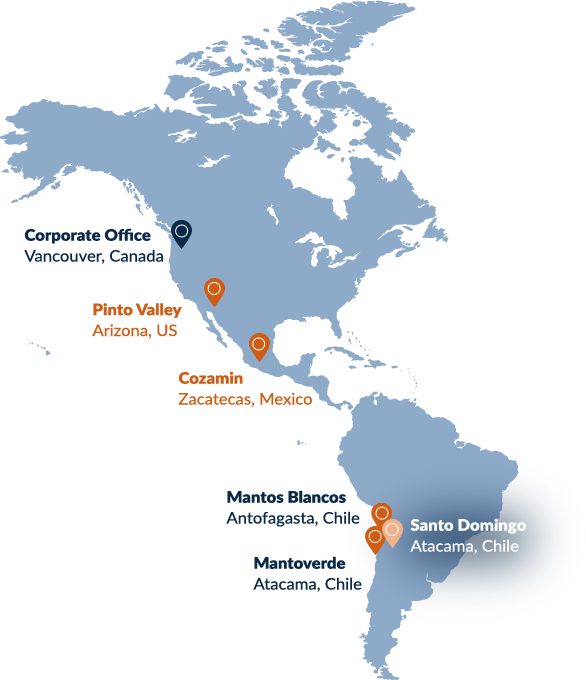 The new company’s portfolio will include Pinto Valley in the U.S., Cozamin in Mexico and Chilean mines Santo Domingo, Mantoverde and Mantos Blancos. The now-merged companies said last December that its combined production base for this year is expected to be about 175,000 tonnes with joint reserves of approximately 4.9 million tonnes.

Looking ahead, the two said on December 1, 2021, the miners are eyeing over 45% production growth by 2024 to about 260,000 tonnes of copper annually from Mantos Blancos, which is currently ramping up, and Mantoverde, which is now under construction.

It is also targeting further transformational growth of approximately 45% to about 380,000 tonnes of copper per year from the development of Santo Domingo.

“This company has the makings of becoming a Canadian-based copper champion driven by our long-life assets, our experienced management team, and our strong balance sheet”, MacKenzie said.

“Our shared principles in expansion, innovation, optimization and safe copper production will remain central to our strategy and set the stage for a successful integration process.”