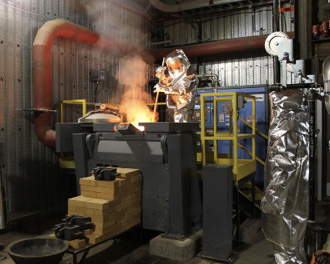 After wrapping up the refurbishment of the New Britannia mill in Snow Lake, Manitoba, in June, Canadian miner Hudbay Minerals has confirmed the commencement of gold production at the site along with first gold.

The company has been busy at the project, both commissioning and performing start-up activities in July once the refurb work wrapped up. Officials said the first gold achieved on Aug. 11 was ahead of schedule, as it had initially hoped to reach the milestone be year-end.

“We are proud of the New Britannia project and operating teams for completing construction activities ahead of the original timelines and achieving a successful ramp up to first gold pour,” said Peter Kukielski, Hudbay Mineral’s president and chief executive officer.

Looking forward, Hudbay Minerals is working to complete the construction of a new copper flotation facility at New Britannia, and is still eyeing the fourth quarter of 2021 for commissioning.

Annual gold production from Lalor and the Snow Lake operations is expected to increase to over 180,000 ounces during the first six full years of New Britannia’s operation, according to the company.