Teams from across the globe returned to the MSHA Health and Safety Academy in September. Who came out on top? 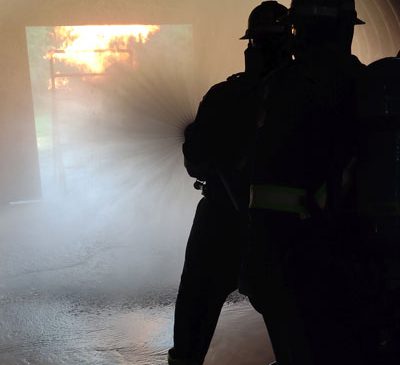 COVID-19 certainly had its impact on things. From team meetings to cross-country industry conferences, the entire mining community was shaken up as many such events were forced to be held virtually.

One thing that, by definition, couldn’t be held in a virtual setting? Mines rescue competitions. While training by book is one idea, putting things into practice and applying education and skill in a real-time, real-world setting are entirely another.

That is part of what made the International Mines Rescue Competition, held Sept. 12-16 in Beaver, W.Va., even more vital to mining’s return. A number of teams from countries including the U.S., Canada and Australia, studied up, polished their skills, and brough their best to the MSHA Mine Safety and Health Academy for five days of competition. Another note of significance: the biennial contest was back in the U.S. for the first time in more than a decade.

There were seven contests in all held across the academy campus as well as in the local community. A ceremony with awards was held on Friday, Sept. 16 to wrap up the week.

In the Mines Rescue Skills competition, first place to the Genesis Alkali Team. Second and third, respectively, went to the Lubambe Copper Mines Team of Zambia and Coal India (WCL).

Taking home the top award in the Team High Angle Rope Rescue was Mine Safety and Health Administration Mine Emergency Unit Team #1. Second was the all-woman mine rescue group Diamonds in the Rough from Canada (see more on the group on page 46). Third place was taken by another Canadian group, the members of the Newmont Musselwhite Mine Team.

The competition in Team Theory Exam and Team Tech was tight; the top three – all sponsored by Draeger – were teams from North America. First was the Mine Safety and Health Administration Mine Emergency Unit Team #1, and second place went to the CONSOL PA Bailey Blue team. Third place, once again, was Saskatchewan’s Diamonds in the Rough.

In the Biomarine Technician event, sponsored by CSE and Biomarine, the top spot went to the Mosaic Esterhazy Team of Canada. In First Aid Simulation, the MSHA Unit Team #1 was at the top spot, followed by Canada’s Mosaic Esterhazy once again and the KGHM Polska Miedz White Eagles Team from Poland in third.

In firefighting, the competition was hot and the winners diverse. While the MSHA Unit #1 team was first in that category, second and third went to the Moranbah North Team of Australia and Canada’s Stornoway Diamonds Renard Mine team, respectively.

Finally, one of the most involved contests of the week, mine rescue simulation, proved three to come out among the rest. First place was the MSHA Unit #1 team, followed in second and third by the Stornoway Diamonds Renard Mine crew and the CONSOL PA Bailey Blue rescue group.

The next International Mines Rescue Competition will be held in 2024 in Columbia.

The Diamonds in the Rough team ready to tackle their next contest at IMRC this past September.