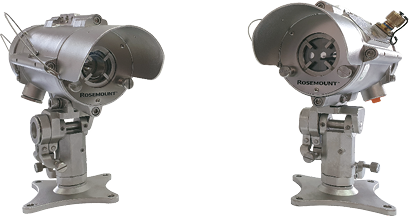 Both easy-to-install models, the company said, can trigger alarms for toxic and combustible gases across wide areas and also reduce downtime through performance reliability; they are designed for both heavy vibration conditions and operating temperatures ranging from -55 Celsius (-67 Fahrenheit) up to 65C (149F).

“With nearly twice the tolerance for misalignment than TDL, users can save up to 30% of installation time and streamline project schedules,” the company noted.

Conversely, open path detection technology uses a source and a detector, with the source sending modulated light beams across a monitored space, which the detector senses – specifically, the amount of light absorbed by the presence of gas.

“This approach provides a high degree of coverage across wide areas up to 200 meters in length with accurate measurement, even if the toxic or combustible gas cloud is drifting at any point between the devices or when 95% of the light beam is obscured by fog, rain or smog. The system also will alert if the path is blocked completely by a physical obstruction,” Emerson said.

Both the Rosemount 935 and 936 can be used with Emerson’s line of flame and gas detection products to create a comprehensive safety system.